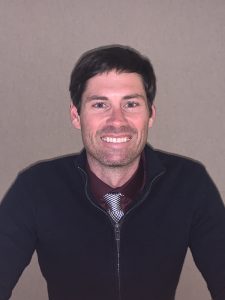 Andy Bradley is the Founder and Executive Director of Bradley Baseball Academia, which was created for players who wanted to compete at a high level in a positive environment that was conducive for growth and development. In his years as the Director and also as a coach of the Bradley Eagles, he has seen over 50 student athletes go onto play at the next level (more than 70 if you include his tenure at Gonzaga High School.) His BBA teams have won more than a dozen tournaments since they began participating in these events during the summer of 2011.

Coach Bradley, a Gonzaga College High School graduate, was captain of the 2000 WCAC Championship team and was named team MVP and runner-up for WCAC Player of the Year. Following the 2000 season, Coach Bradley went on to play his college ball at West Virginia University, Prince George’s Community College and Montgomery College-Germantown. In 2005, he began his coaching career as a Varsity infield coach at his high school alma mater and held that position for four years before taking over as the head coach in the fall of 2008. In 2011, Coach Bradley was voted the WCAC Baseball Coach of the Year and in 2012, he became a member of the National Coaches Institute and Sports Challenge Leadership Academy. He recorded his 100th win at the end of the 2016 season in the DCSAA Quarterfinals. Coach Bradley  lead Gonzaga to two DCSAA Championships in 2015 and 2017 and was recently awarded the honor of the 2016-17 National Federation of State High School Associations Coach of the Year Award for the District of Columbia.

Along with his duties at BBA, Coach Bradley works as a field coordinator for the Headfirst Honor Roll Showcase Camps in Jupiter, FL and Long Island, NY. He is also a board member of the Northern Virginia Travel Baseball League, where he spends a lot of his time working with fellow organizations on their Premiere Showcase League division. In 2015, he joined the American Baseball Coaches Association and attends their annual conventions, which host close to 7,000 coaches from around the country.

Andy is extremely proud and humbled to be starting his ninth year heading up BBA. It would not be possible without the love and support from his incredible staff, players and families who have been along for the ride thus far and for those who will hop aboard the train as the years go on.