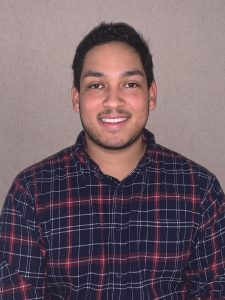 Coach Ben Webster is a Bethesda, Maryland native where he attended Walter Johnson High School before transferring to play ball at the Bullis School.  During high school, Coach Webster was an all-conference pitcher two years straight playing for Bullis, as well as being named an All Met HM his Junior season. During his time at Bullis, Coach Webster also ran two years of cross country. Coach Webster graduated from Bullis in 2015 where he went on to play ball at St. Mary’s College of Maryland and four years later, he graduated in 2019 with a B.S. in Psychology.

Coach Webster first joined BBA as a player in 2015 and played on the college summer ball team in 2016. In 2017 we were able to welcome Ben as a member of our coaching staff. Throughout the three years with us, Coach Webster has coached multiple teams and worked numerous BBA baseball camps. Before BBA Ben had also helped coach at baseball camps with Bullis and BCC.

Growing up Coach Webster was a shortstop, pitcher and the occasional outfielder. With the experience he got in High School and College, and with the many coaches/mentors, Coach Webster’s knowledge for the game continues to grow.  He is excited to continue his time with us at BBA and not only give the players the best coaching they deserve, but to help them love the game the same way he does.