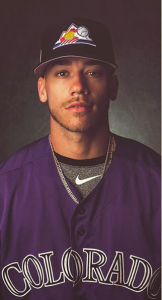 Coach Colton Harlow is a native from Mt. Jackson, Virginia. He attended Stonewall Jackson High School where he was a 4 year varsity starter in baseball, basketball and golf. Throughout his High School baseball career he played center fielder and was a starting LHP. After graduation, he attended James Madison University and with his dedication to the game and work ethic he eventually was able to become the Friday night starter for the Dukes. Coach Harlow graduate from JMU with a degree in Sports and Recreation Management. Shortly after graduation, he was selected in the 2018 MLB draft by the Colorado Rockies, where he played for two years and is now signed with the Lake Eerie Crushers of the Independent Frontier league in Avon, Ohio. Coach Harlow is excited to continue playing and hopes to pass on his knowledge and develop the skills of the younger players to help them reach the goals they have for themselves.