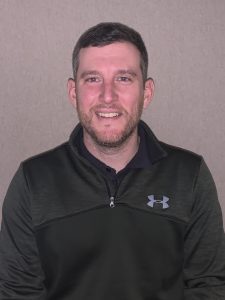 Coach Dan Pfohl is originally from Buffalo, NY and attended St. Joseph’s Collegiate Institute for High School where he lettered in Baseball and Hockey.  After hanging up the skates in 2003, Pfohl pursued an opportunity to play baseball in college and enrolled at the University of Rochester.  At U of R, he was a four-year starter at shortstop and team captain for the Yellowjackets compiling a career average of .322 while only missing one game during his tenure.

Upon graduation, Pfohl spent the 2007-2008 season as an Assistant Coach for Rochester that saw the Yellowjackets win a conference title and achieve a Top-25 ranking in the Division III coaches’ poll.

In the summer of 2010, Coach Pfohl moved to the DC area to accept a position as an Associate Director with Home Run Baseball Camp and Assistant Coach for the St. Albans Bulldogs. With Home Run, he worked as an on-site director tasked with managing numerous aspects of operations at locations in Washington DC, Brooklyn NY, and in the Dominican Republic.  While at St. Albans, Coach Pfohl has worked alongside the Baseball Program’s Head Coach in the development of players beginning in the 6thgrade and continuing all the way up through the Varsity Team. During this time, the Bulldogs have hoisted IAC Championship banners in 2014, 2017, and 2018 and a DC State Title in 2016.

Now with BBA, Coach Pfohl’s background as a player, instructor, and coach at the collegiate and high school levels finds him extremely comfortable teaching all aspects of the game.  He looks forward to bringing his energy and knowledge to the BBA family to help our players achieve their goals and reach the next level. Coach Pfohl will begin his second season with BBA in the Fall of 2020.