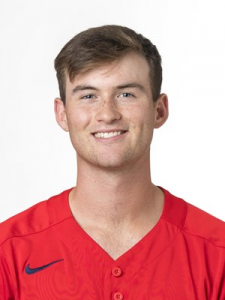 Sage Bruhl hails from a north suburb of Chicago where he attended Glenbrook North High School. After helping GBN to a 26-7 record his senior year, Coach Bruhl went on to play his freshman year at Stetson University in Deland, Florida. Coach Bruhl appeared in just four games at Stetson and made the decision to transfer to Madison College, a division II junior college in Wisconsin. After one season at Madison, Sage signed to play at the University of Richmond, where he would eventually play two full seasons under Coach Tracy Woodson. During his tenure as a Spider, Coach Bruhl started in 105 games across two seasons, collected 115 hits and obtained a Bachelors of Arts degree in the P.P.E.L. interdisciplinary program (Philosophy, Politics, Economics, Law). Coach Bruhl spent time playing 7 different positions while at Richmond, and considers himself a true utility player. In the summer, Bruhl played in three different collegiate summer leagues including the Northwoods (Lacrosse Loggers), the Valley League of Virginia (Purcellville Cannons), and the Coastal Plains League (Martinsville Mustangs). Coach Bruhl Currently works as a sales associate for Headfirst and KI Concerts in Washington D.C.
This will be Coach Bruhl’s second season with BBA and he can’t wait to continue sharing his passion and love of the game with the BBA community.
Posted in: Uncategorized