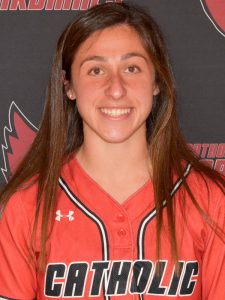 Coach Sophie is in her second season coaching at Catholic University. Last year, the Cardinals
placed four on the All-Conference Team, advancing to the playoffs for the 11th consecutive year. While
coaching first base, she also leads the cardinal offensive approach.

In the off-season Sophie trains athletes at Catholic as one of the Strength and Conditioning
coaches. She has been certified for two years and will be expanding that role in the next coming
year.

Coach Sophie is a proud alumni of Catholic University where she played infield and outfield
while also obtaining her marketing and sports management degree.
Sophie is available for hitting and fielding lessons as well as speed, agility, and strength training. 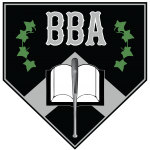